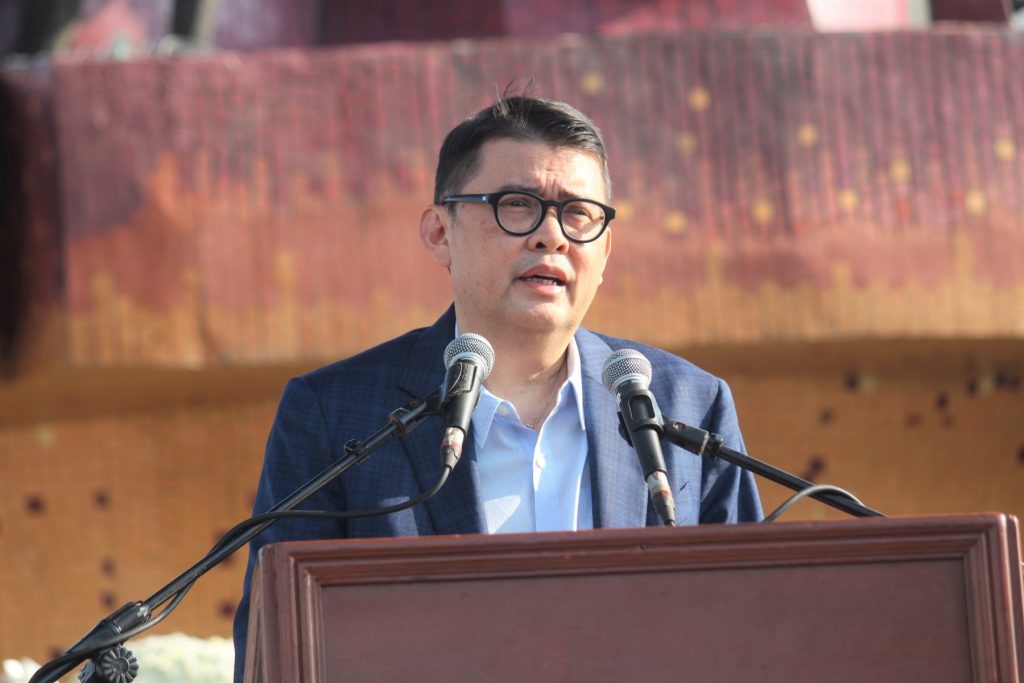 NAIA is the face we show to the world

I travel a lot, so I can empathize with the thousands of travelers that fateful New Year’s Day at the Ninoy Aquino International Airport (NAIA) when everything ground to a halt. People have places to go, appointments to keep, connecting flights to catch. There were long lines at immigration when I left the country, so it is with some concern that I anticipated how it will be once I return to Manila.

So you might understand why I welcomed Department of Transportation (DOTr) Sec. Jaime Bautista’s confirmation that President Bongbong Marcos is fast-tracking the privatization of the NAIA. It is the world’s primary gateway to the Philippines; it is the parting shot we give to tourists when they go back to their home countries, hopefully to spread the word about how beautiful our country is.

The plan to privatize comes years after I and the top conglomerates of the country first introduced the idea of a public-private partnership to improve the NAIA. The rehabilitation project was to undertake various developments in three phases from 2021 to 2024, to decongest and increase capacity for the airport.

The proposal first came to light during a dinner meeting in Malacañang in January 2017. This would be in the year the Philippines was host of the ASEAN Summit. We had to put our best foot forward. Unfortunately, this was also around the time that the NAIA had, for several years in a row, the dubious distinction of being one of the worst airports in the world.

At that meeting in Malacañang, I brought together the country’s biggest conglomerates to become what we call “Big Brothers” to help realize the economic vision for the country. They would bring in their resources and expertise to help in major projects. This was among the first Kapatid Angat Lahat initiatives we had, and it was at the height of the Build Build Build program of the Duterte administration.

Even the tycoons who were not formally part of the group were interested in seeing the project push through. From a business standpoint, the influx of visitors will boost many businesses down the line, like the hotels and restaurants, real estate, retail, transport, you name it. For the entire country, it meant economic development.

Under the consortium’s proposal, NAIA would increase its efficiency by 20 percent, pushing it to become a world-class gateway on a par with the world’s best airports. There were no government guarantees, and no moratorium on the construction of another major airport.

After months of negotiations and meetings, then-DOTr Sec. Arthur Tugade greenlighted the project. We had several meetings with Sec. Tugade, then-Finance Sec. Sonny Dominguez, BSP Gov. Ben Diokno who was then head of the Department of Budget and Management, then-NEDA chief Ernie Pernia and then-DPWH head Sen. Mark Villar, to discuss the development plans of the government and how the private sector can help.

By August 2018, the consortium was given original proponent status and was recommended to the Manila International Airport Authority (MIAA), the primary agency for the project, which was to issue its final approval and forward it to the DOTr, and then to NEDA for the investment coordination. By November 2019, the proposal was approved by the NEDA board.

Sadly, just a few months later, in March 2020, Sec. Tugade said he would cancel the unsolicited proposal and offer it to parties that are ready to accept the government’s terms and conditions if a deal is not finalized. In July 2020, the consortium withdrew the proposal due to unresolved issues with the government.

Seeing the mess that unfolded at the NAIA last Jan. 1, I can imagine how it must have been for first-time visitors, for those who have completely zero stake in our country’s future. Why would they bother risking being stranded for hours on end when another country offers a hitch-free experience?

I believe it’s not a tall ask to let the private sector help in rehabilitating the NAIA. Tourism will become one of the major drivers of our economy as we exit the pandemic. There is so much revenge travel going on and our neighbors have already laid out their plans to benefit from it.

Beyond tourism, we have foreign investors who will be doing their due diligence through site inspections and in-person meetings. Delays at the airport are the last thing we want to show them. We want them to see that something is being done to improve the airport, and that by the time their businesses are up and running, the airport will be ready.

We owe our OFWs a pleasant sendoff and reception. An efficient airport will ensure they will be able to make it back in time to their employers and keep their jobs. We owe them as much for holding up our economy all these years.

NAIA is strategically located and any improvements made here will redound to so many benefits to the country. Similarly, any inefficiencies in the NAIA translate to big losses in business down the line and will be felt throughout the country. We owe it to ourselves to have a world-class airport.

Let’s get in touch.
We’d love to hear from you.

Send Us A Message